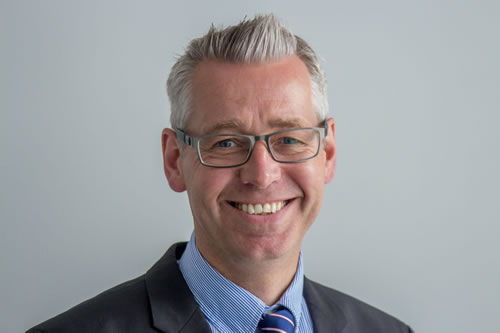 ​With over five year’s volumetric modular homes experience, Gary co-founded Offsite Homes in February 2015. He was instrumental in raising an initial £1.25m for Offsite Homes and recruiting an experienced management team to progress from the initial prototype phase to full production.

Prior to Offsite Homes & Future Street, Gary spent over fourteen years in the cruise industry.

Planet Cruise was started from a garage in Petersfield, Hampshire in 2005 and went on to successfully employ 75 staff from its offices in Portsmouth, with a turnover of c. £40 million. Amongst all its notable awards during this period, Planet Cruise finished 5th in The Sunday Times Fast Track 100 in December 2010 and was successfully sold to Iglu.com in May 2013. The acquisition by Iglu.com created the largest independent cruise retailer in the UK.

Prior to setting up Planet Cruise, between 2003 and 2005, Gary completed an MBA at Ashridge Business School, a global top 100 MBA programme. He was co-sponsored through his MBA by Royal Caribbean Cruise Lines, where he spent six years, working within the European HQ, in Weybridge, Surrey, as the Marketing Director, EMEA. During this period, he was responsible for strategic brand development for both the Royal Caribbean International and Celebrity Cruises brands throughout Europe, which included the development of the annual marketing plan. The European division increased sales turnover by 400% over this period, including the launch of 12 new ships.

Gary has extensive experience gained in working in a variety of business and industries over a career that currently spans c. 30 years. Starting his career as a graduate trainee at SKF, the Swedish multinational bearing manufacturer, he progressed through three different sales and marketing roles, before joining Scantronic plc (now part of Cooper Industries), a European leading manufacturer of burglar alarm systems, as their Marketing Manager. Following a period working for a marketing agency, as an Account Director, he moved into the travel industry, as the Marketing Communications Manager for Sunsail Ltd (now part of TUI Travel), the market leading sailing holiday operator. 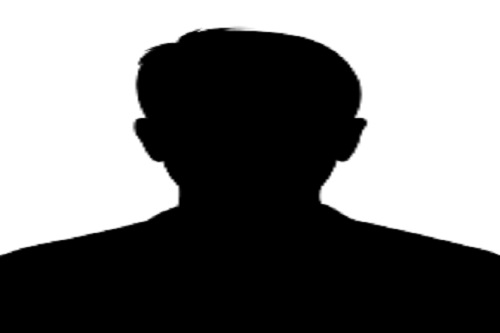 A Future Street Non-Executive Director has been involved with the construction and development of approximately 10,000 elderly care beds, 3,500 apartments for over 55s and 1,000 specialist care units during a career spanning 24 years. He also currently holds a voluntary role as chairman of the board for a registered provider of social housing. 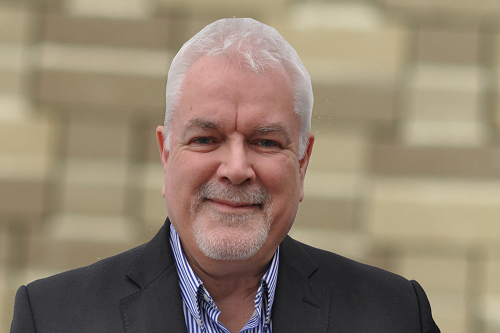 Our Architect partner combines a thorough understanding of contemporary design with a thorough knowledge of modular construction techniques and has successfully designed and delivered major residential buildings and care villages.

Prior to setting up Planet Cruise, Jenny spent five years at P&O European Ferries. She initially worked on tactical and strategic sales initiatives as their Sales Promotion Manager and subsequently as their Marketing Manager, heading a team of five marketers and a budget in excess of £5 million. Between 1995-1998 Jenny spent three years at Sunsail Ltd, the sailing holiday company, as their Trade Partnership Manager, with primary responsibility for the growth of Travel Agent sales.

Prior to the travel industry, Jenny worked in three customer facing, service orientated roles within the recruitment, advertising and newspaper industries, including time working at the Portsmouth Evening News.

The £200m project was initiated by Cheshire County Council in response to their rapidly growing need to provide for the elderly throughout the region. The Extra Care PFI provided 433 dwellings on five sites across Cheshire. The developments range in scale from 53 to 133 apartments, each with a strong emphasis on the communal life of the residents and the local neighbourhood.

The communal facilities provided for the residents including a cafeteria and restaurant, library, hairdressing salon, gymnasium and various lounges are all grouped around an impressive central atrium.

At the time of its construction it was the largest timber frame project in Europe and the project took around 3 years to get through planning and construction. The 5 schemes were developed simultaneously in order to shorten the overall project timetable to take advantage of economies of scale and commonality of building details.

Architect, Stuart Carr, has written an article on later living housing design and incorporated some of the key learnings from the 2020 C-19 pandemic.

‘In such responsibly managed living environments it is likely that health, fitness and wellness will improve, leading to increased longevity’. 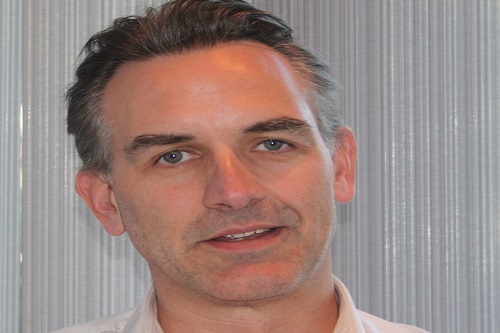 Keith is a highly commercial finance professional with over 20 years experience in the retail/consumer industry including 16 years as a board level CFO/FD.

He has a very strong track record of financial, operational and strategic management with a focused approach to driving revenue and profitability growth in PLC, private and PE environments. Keith also has broad experience in raising funding in debt and equity markets, and transactions on both buy and sell side.

After a two-year stint as Economics Analyst with Shell UK in their Corporate Management Strategy Unit between 1995 and 1997, he then moved into retail, joining the Arcadia Group (then called the Burton Group). Keith held various central roles including Capital Investment Manager and Retail Planning Controller before in 2001 becoming Finance Director for Young Fashion Division, comprising Topshop, Topman and Miss Selfridge. Keith remained in this role until 2007, and during this period aggregate revenues across both brands doubled and brand profits increased by 600%, making Young Fashion the most successful profitable division in the Group, trading in more than 400 stores in UK and Europe.

In 2007, along with the ex-Managing Director and members of Topshop senior management team, he negotiated a Management Buy in to Whistles, a contemporary womenswear fashion brand based in London, with private equity investment from Augur Group and debt financing from an Icelandic bank.  Whistles operates in 100 standalone and concession stores across the UK.

In 2009 he moved to be CFO of Agent Provocateur where he spent 7 years, with responsibility for Finance, Property, HR and IT.  During this period, the brand revenues trebled, with significant retail growth, and diversified distribution into ecommerce, wholesale, franchise and licensing establishing physical presence in 30 countries and operating over 100 stores worldwide.

Keith was educated in Scotland and has a Law Degree from the University of Edinburgh. 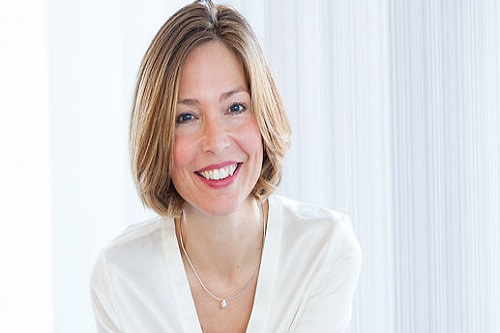 Jenny has been involved within the modular homes industry for over four years. Prior to Future Street, she was an investor in Offsite Homes working day-to-day within the business taking responsibility for office management (incl. IT), accounts, supply chain, marketing, HR (incl. recruitment) and accreditation (BOPAS – Build Offsite Property Assurance Scheme).

Jenny founded Planet Cruise from a garage in Petersfield, Hampshire in 2005 and went on to become the face of the Planet Cruise brand on TV. Planet Cruise successfully employed 75 staff from its offices in Portsmouth, with a turnover of c. £40 million. Amongst all its notable awards during this period, Planet Cruise finished 5th in The Sunday Times Fast Track 100 in December 2010. The Wests successfully sold Planet Cruise Limited to Iglu.com in May 2013 (with c. x24 total shareholder return over eight years). The acquisition by Iglu.com created the largest independent cruise retailer in the UK with a combined cruise turnover of over £100 million.

“Wellness is derived from our ability to understand, accept and act upon our capacity to lead a purpose-filled and engaged life. In doing so, we can embrace our potential (physical, emotional, spiritual, intellectual, social, environmental, vocational) to pursue and optimize life’s possibilities”

Our Development Director has delivered multiple projects within the corporate care operator, specialist building and commercial care environments. In addition, he has extensive experience of pre-construction from land acquisition, new site development pipeline and delivering projects through planning, design and contract negotiation process. 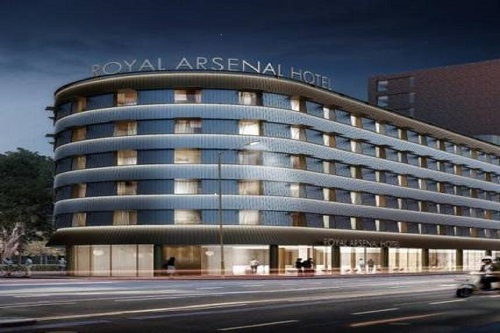 Our Structural Engineers have over 40 years modular building experience and are one of the country’s leading experts in the field. They have delivered an extensive portfolio of UK development and are vastly experienced in the civil and structural engineering design and detailing required to achieve the best outcomes for modular construction.

Structurally, modular buildings are generally stronger than conventional construction because each module is engineered to independently withstand the rigors of transportation and craning onto foundations. Once together and sealed, the modules become one integrated wall, floor and roof assembly. Buildings are produced in “modules” that when put together on site, reflect the identical design intent and specifications of the most sophisticated site-built facility – without compromise.

Building off site ensures better construction quality management. Materials that are delivered to the plant location are safely and securely stored in the manufacturer’s warehouse to prevent damage or deterioration from moisture and the elements. Manufacturing plants have stringent QA/QC programs with independent inspection and testing protocols that promote superior quality of construction every step of the way.

Beyond quality management and improved completion time, modular construction offers numerous other benefits to owners. Removing up to 80% of the building construction activity from the site location significantly reduces site disruption, vehicular traffic and improves overall safety and security. 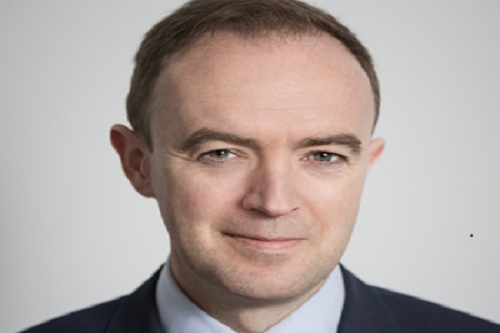 Our Quantity Surveyors have extensive experience in the economics of off-site & modular construction having been involved with this area of the industry for over 10 years.

“….getting the numbers right at the very outset is the key to the success on a project. Once this is done, the management of the numbers can be done effectively and efficiently. This ensures that projects are constructed within budget, on time and to the required quality”

A unique understanding of the commercial management of modular projects. Detailed cost analyses of products and systems and ability to dissect the costs into the various component parts that reflect the modular system being proposed.

For the Novotel in Wembley (pictured), detailed budget estimates, cost options, value engineering services were provided. The building represents a total modular square meterage of 21,000 and was completed in 72 weeks.

Our Quantity Surveyors provided the detailed construction estimates for this 653 bed student accommodation, which was, until recently, the tallest modular structure in Europe. Project was delivered in just 44 weeks from breaking ground to handover.

For the Apex Building, Wembley, our partner was responsible for the budget services and life cycle costing analysis for the 28 storey building.

This is the tallest modular structure in Europe.

Fota Island Hotel was the first hotel development to be constructed in light gauge steel. Our partner was involved from 2003 and took PQS and development team roles. 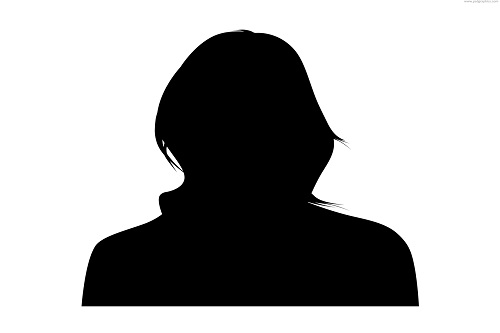 Our Operations Director has in-depth experience with a national leader of care and support for older and disabled people in their own homes together with operational insight from one of the UK’s largest retirement house builders.